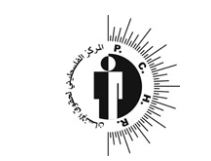 The Palestinian Centre for Human Rights (PCHR) condemns attacks launched by groups of Israeli settlers in the early morning in two Palestinian villages to the southeast of Nablus. PCHR calls upon the Israeli Occupation Forces to open investigations into these attacks and bring perpetrators to justice.According to investigations conducted by PCHR, at approximately 00:15 on Monday, 12 December 2011, more than 100 Israeli settlers from ‘Yizhar’ settlement which is established on Palestinian lands in the east of Southern Assira village, south of Nablus, attacked Palestinian houses in Southern Assira village.

The majority of settlers were wearing black clothes and a number of them were wearing green clothes. As they approached Palestinian houses, which are approximately 350 meters from ‘Yizhar’ settlement, they threw stones and empty bottles at houses. Palestinian residents, especially children and women, were in intimidated and panicked as a result of the attack.

Thirty minutes later, IOF military jeeps arrived at the scene and the Israeli settlers withdrew. IOF have not taken any measures against the settlers who launched the attack.

The attacked houses belong to:

At approximately 01:15 on Monday, a group of Israeli settlers also from ‘Yizhar’ settlement threw Molotov cocktails at the house of Jamal Abdullah Yousef Shehada in Orif village, southeast of Nablus. One of the windows in the southern walls of the house was set alight and smashed as a result. Seven individuals, including 5 children, live in Shehada’s house, which is located approximately one kilometer from ‘Yizhar’ settlement.

PCHR condemns the above attacks and warns of escalation of attacks by settlers in the few coming days and:

2. Calls upon the international community to exert pressure on the government of the State of Israel in order to fulfill its obligations under international law and put an end to all settlement activities in the Occupied Palestinian Territory (OPT).

3. Reminds the international community that settlement is a war crime in accordance to international law. Thus, the High Contracting Parties to the Fourth Geneva Convention, individually or collectively, must assume their legal and moral responsibilities and fulfill their obligations relating to ensuring Israel’s respect for the Convention in the OPT, as per Article 1 of the Convention.