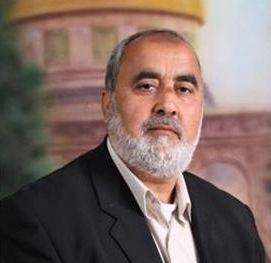 Israeli troops demolished in the West Bank city of Jericho, on Thursday, a home that belongs to a political leader of the Hamas movement, currently imprisoned by Israel.Local sources reported that the soldiers broke into the home of Shaker Amara, in Aqbat Jabr refugee camp, after hurling concussion grenades and gas bombs at the home to force the family out.

The soldiers then proceeding to demolish the property, and handed Obada, the oldest son of Amara, a military order for interrogation at a nearby Israeli security base.

The camp is located in an area that is under the full security and civil “control” of the Palestinian Authority in the West Bank.

Such orders, 3, 6 months of more each time, can and has been repeatedly renewed by Israel, and in many cases the detainees were informed of such orders when they reached the prison gate, minutes before they were supposed to be released.

Amara previously spent more than eight years in Israel prisons. On December, 17 1992, he and 416 members of Hamas and the Islamic Jihad were forcibly exiled to Marj Az-Zohour, in southern Lebanon. The camped there, refusing to head to Lebanon, until the Israeli army moved them back to the country.

One of them was Abdul-Aziz Ransiti, a senior Hamas political leader, who was assassinated by the army on April 17, 2004.