Iceland Recognizes Palestine as a State 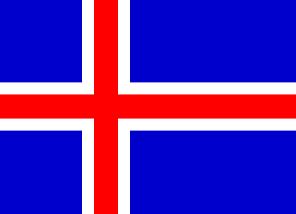 During a special ceremony at its capital, Reykjavik, Iceland’s Foreign Minister, Ossur Skarphedinsson, officially informed his Palestinian counterpart, Riyadh Al Maliki, that his country officially recognized Palestine as a state within the 1967 borders, with East Jerusalem as its capital.Skarphedinsson stated that his country will be establishing full diplomatic relations with the Palestinian State, with the Icelandic parliament officially recognizing Palestine as a state two weeks ago.

Visiting Iceland, Al Maliki welcomed the decision and stated that it carries great significance to the Palestinians, and that this step will encourage other countries to do the same.

An Icelandic spokesperson said that “it kept it promise, supported the Palestinian cause, and will always support it.”

Skarphedinsson said that Iceland recognize Palestine as a sovereign and an independent state in the Palestinian territories, occupied by Israel during the six-day war in 1967- this includes occupied East Jerusalem.

There are more than 100 countries around the world that have recognized Palestine as a state.

In November, Cyprus officially recognized a Palestinian State within the 1967 border, with East Jerusalem as its capital, with several E.U. countries upgrading the Palestinian missions in their countries to embassy status. Among the countries that conducted this upgrade are Spain, Ireland and France.

It is worth mentioning that Uruguay, Ecuador, Brazil, Bolivia and Argentina announced recently that they recognize an independent Palestinian State in the 1967 borders (The West Bank, the Gaza Strip and East Jerusalem); Chile and Peru made similar recognition but did not specify the borders of the future Palestinian State.