Conditional U.S. Aid To P.A To Continue Next Year 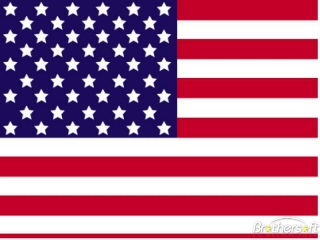 The U.S. Congress proposed to continue the American financial support to the Palestinian Authority (P.A) next year as long as it refrains from filing any other membership applications to United Nations agencies.The proposal that was released on Thursday, also states that the Palestinian representative office in Washington D.C. will remain open as along as Palestine is not accepted as a member in any other U.N. Institution.

In October, Palestine was accepted as a full member at the United Nations Education, Scientific and Cultural Organization (UNESCO). After the vote, the United States froze their funding to the UNESCO, due to a law written in the ’90’s, which unconditionally prevents congress from funding UN bodies which recognise non-states- i.e. states not recognised by the UN. The clause has no Presidential waiver, meaning President Obama cannot ignore it, and must change the law through Congress to reverse the act.

In November, the Palestinian Authority headed by President Mahmoud Abbas stated that it will not be filing for any new bids at any United Nations agency at this time, and will only focus on the efforts to secure full statehood status at the UN.

Back in September, the P.A filed for a full membership at the United Nations, an issue that angered Israel and the United States.

The new proposal at Congress does not specify the amount of financial aid that would be granted to the P.A., as it apparently left the issue to President Barrack Obama and his administration.

Meanwhile, Dylan Williams of J Street, a Jewish lobbying group that considered itself an alternative to AIPAC (the American-Israeli Public Affairs Committee), stated that “it is good news that the U.S. will continue to fund the P.A.,” adding that funding the P.A in the West Bank helps protect Israel’s security. AIPAC is the largest supporter of Zionist policy in the United States.

The exact date for voting and approving the plan remains unclear, while Republican bloc in Congress wants the vote to be conducted as soon as possible.

Williams told Reuters that funding the P.A. in the West Bank is very helpful as the Palestinian Security Forces are helping to maintain security in the area, and the P.A is providing all basic services to the Palestinians.

He added that “the alternative to this situation would be having a group like Hamas destroying the system and controlling the West Bank.”

The Palestinian applications at different U.N. organizations angered Washington and Tel Aviv, while funds to the P.A were frozen; including the transfer of Palestinian Tax money Israel collects on border terminals on behalf of the Palestinians- since they have no control over borders in the West Bank.

But the proposed Congress plan states that “aid cannot be granted to the P.A. should the Palestinians obtain a full member status at the United Nations, and other UN institutions, after the bill passes”.

U.S. Secretary of State, Hillary Clinton, will be allowed to lift these restrictions if she testifies in front of the Legislators that such an issue benefits the American security interests, and if she manages to explain to the legislators how this support will boost the efforts to achieve peace in the Middle East.

The Congress allocated $400 Million for economic aid, and additional $150 Million in security aid.