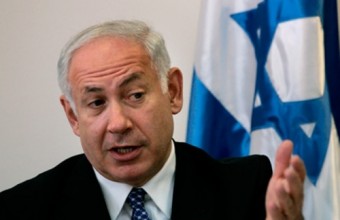 Israeli Prime Minister, Benjamin Netanyahu, rejected demands presented by representatives of the European Union (E.U.) to release a number of Palestinian political prisoners under a confidence-building measure that would also increase popular support to president Mahmoud Abbas.The Palestine News Network (PNN) reported that a number of E.U. counties also called for creating a “Blacklist” that would include the names of extremist Israeli settlers, in order to prevent them from traveling to E.U. countries. The settlers will likely be those who did not only attack Palestinians but also attacked Israeli soldiers and policemen.

Israeli daily, Maariv, reported that Abbas and the Quartet Committee for Middle East peace (the United States, the European Union, the United Nations and Russia), called on Israel to approve a request made by Abbas demanding the release of Palestinian detainees who have been imprisoned by Israel since before the Oslo Peace Agreement, that was signed between Israel and the Palestinian Liberation Organization (PLO) in 1993.

According to Maariv, the envoys asked Netanyahu to release 123 detainees, members of the Fateh movement of Mahmoud Abbas, and other factions that are part of the PLO; this excludes, among other factions, detainees who are members of Hamas and the Islamic Jihad.

It is worth mentioning that the same proposal was presented by E.U. Foreign Policy Chief, Catherine Ashton, during her visit to the region last month.

Netanyahu refused the proposal and told Quartet envoys that now is not the time to release political prisoners to boost Palestinian support to President Abbas.

He added that the release of prisoners should not be a “demand, or one of preconditions” for the resumption of talks, but hinted that he might grant the Palestinian Security Forces more privileges in the in Area B in the West Bank. Area B is under full Israeli Security control.