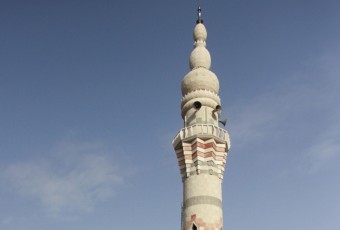 The Israeli Supreme Court issued a preliminary ruling, forbidding Burin village mosque, south of the northern West Bank city of Nablus, from using loud speakers, and even from using lights on the mosque’s minaret.The Israeli Radio reported that the ruling was made after an extremist right-wing settlers group submitted photographs proving the mosque was renovated, and that lights and loudspeakers were installed despite a court ruling made nearly 18 months ago forbidding further constructions and renovations.

Head of the Burin Village Council, Ali Eid, stated that the council never received any court order, and added that should such a ruling exist, then “it is based on racist motives,’ the Palestine News Network reported.

Eid added that extremist settler groups have been trying to shut the mosque down, and even have it demolished, under the claim that it is not located in the village itself. On the ground, the mosque falls under the jurisdiction of the village council, and was built near the local high school in the village.

On Sunday night, armed Israeli settlers installed three mobile homes at an illegal outpost that was installed on lands that belong to residents of Burin village. The settlers are planning a larger outpost in the area.