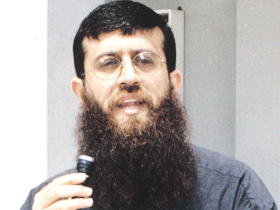 An Israeli Military Court rejected on Monday evening the appeal that was filed by the Palestinian Prisoner Society (PPS) against a military order confining ailing detainee, Adnan Khader, who has been on hunger-strike since 59 days protesting his illegal imprisonment.The court decided to confirm its previous ruling against Khader, thus ordering him under Administrative Detention, without any charges, for additional four months.

Head of the Legal Unit at the PPS, Lawyer Jawad Boulos, stated that lengthy experience with military courts made the PPS know in advance this unfortunate outcome.

“We head to military courts without any hope of any type of justice”, Boulos said, “This ruling cannot be justified, especially since Khader is facing death due to his deteriorating health condition”.

On his part, head of the PPS Qaddoura Fares, stated that this ruling is unjust, and added that international legal and human rights organizations must act on obliging Israel to stop its violations against all Palestinian political prisoners, “especially Khader who is facing imminent death”.

Khader started his hunger strike on December 18, one day after he was arrested by the army. He has not faced charges, and decided to strike to protest his illegal imprisonment.

He is one of nearly three hundred Palestinians being held in Israeli detention camps without charges, in what the Israelis call ‘administrative detention’ – the term for these detentions is six months, at which point Israeli officials decide whether to release the prisoner or detain him or her for an additional six months.