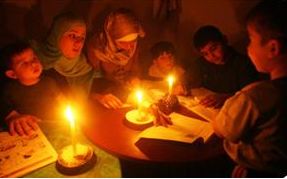 Ismail Haniyya, head of the Hamas-led Palestinian government in the Gaza Strip, stated that the electricity crisis in the Gaza Strip will be resolved soon, and that certain mechanisms to resolve the issue will be implemented soon, in direct agreement and cooperation with Egypt.Haniyya also phoned the head of the Islamic Development Bank, discussed a number of main issues, and agreed on some of them, including means to resolve the Power crisis in Gaza.

Furthermore, Egyptian Minister of Electricity and Energy, Hasan Younis, stated Tuesday that Egypt will be providing Gaza nearly 22 megawatts by the beginning of next week, the Middle East News Agency reported.

Younis said that talks are being held in order to finish all technical arrangements to connect Gaza to the Egyptian electricity grid, adding that these arrangements would lead to establishing a new power station that would be feeding Rafah and other areas in southern Gaza, in addition to installing a new generator for Gaza that would be connected with the Gaza Power Plant.

It is worth mentioning that Gaza’s Power Plant that provides 1/3 of the Gaza Strip with electricity had to shut down, again, on February 14, due to fuel shortages.

The Power Plant in Gaza was repeatedly targeted and bombarded by the Israeli Army and the Israeli Air Force during several Israeli military assaults against the coastal region.