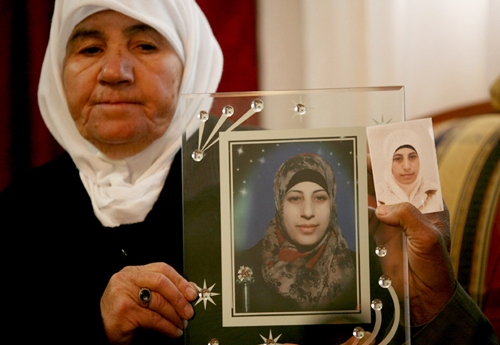 Palestinian Minister of Detainees, Issa Qaraqe’, announced today that his ministry is organizing an international campaign against Israeli administrative detention orders, and the ill-treatment of Palestinian political prisoners held in Israeli jails. “This campaign an open invitation to all human-right groups and supporters of the Palestinian cause, governmental or non-governmental associations, to sign a petition that calls for pressuring the Israeli occupation to end its policy of administrative detention since it is illegal under international law’ Qaraqe’ told the IMEMC on Thursday.

Meanwhile, Palestinian political prisoners held in Israeli prisons stated Thursday that they are going to boycott Israeli military courts in protest of administrative detention orders, and the ill-treatment and abuse their captors inflict on them.

The recent developments come as political detainee, Hana’ Ash-Shalabi, entered her 15th day of hunger striking. Ash-Shalabi was arrested at her home on February 16. She is protesting a military order holding her under Administrative Detention for six months.

“Hana’ is losing a lot of weight; she can barely stand. I hold the Egyptian mediators of the prisoner-swap deal responsible for the well-being of my daughter,” Yahiya Ash-Shalabi, Hana’s father told the IMEMC on Thursday from the protest tent outside his home in the village of Borqeen, near the northern West Bank city of Jenin.

Ash-Shalabi was released last October after spending two years under Israeli administrative detention. Her release came as part of the Egyptian mediated prisoner-swap deal between Palestinian groups and Israel.

Israel uses Administrative Detention to hold Palestinians without charges, such rulings are frequently renewed mounting to years behind bars in some cases.

Ayman Karaja, is a researcher for Ad-Dameer association for human rights, he explained to the IMEMC facts about Administrative Detention.

“Basically, administrative detention orders deprive the defendant and the lawyers the right to refute the charges because there are no charges presented by the military prosecutor,” He stated, ‘The file is usually inaccessible by the lawyers under the pretext of being classified; the court justifies the secrecy of the files as a high security need of the occupying state.”

There are 4,500 Palestinians who are currently being held by Israel as political prisoners; 300 of whom are under administrative detention.

Ash-Shalabi is following the footsteps of detainee Adnan Khader, who reached a near death condition and organ failure after 66 days on hunger strike, also protesting his illegal detention. Khader ended his strike last month after Israel pledged to release him in April.