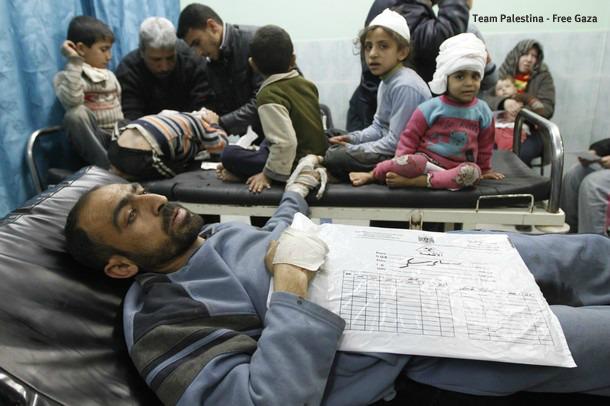 WAFA said that an Apache chopper fired one missile into a home east of Jabalia town, in the northern part of the Gaza Strip, leading to twenty injuries, most of them are women and children; they were all moved to Kamal Odwan hospital in Beit Lahia, excessive damage was reported.

The army also bombarded farmlands east of Gaza City wounding an 18-year-old young woman who suffered moderate wounds. She was moved to the Ash-Shifa Medical Center, west of Gaza City.

Soldiers also fired a missile targeting civilians near a gas station northwest of Gaza city leading to several injuries. Another missile was fired into a farmland in Beit Lahia causing excessive damage.

An Israeli Military spokeswoman claimed that the recent air strikes targeted a “weapon storage facility, and four launching pads, used by the resistance in northern Gaza”, the BBC Arabic reported.

On Sunday, Israeli Prime Minister, Benjamin Netanyahu, stated that the attacks will continue until the resistance in Gaza halts the firing of homemade shells. His statements came during a visit to the coastal city of Ashdod that was also targeting by Palestinian shells.

It is worth mentioning that the Israeli government slammed the Security Council for what it labeled as “inability to respond to the missiles fried from Gaza, and its inability to protect Israeli civilians”.

Meanwhile, the Hamas movement in Gaza held Israel fully responsible for the escalation, and stated that the Israeli offensives are pushing the resistance in Gaza to retaliate. Hamas has been holding talks with Egypt in an attempt to restore calm; the Al-Qassam Brigades of Hamas stayed largely away from confrontations with Israel.

Hayim Waksman, Israel’s deputy ambassador at the United Nations stated that more than 150 shells, including 40 grad missiles, have been fired into Israel in the last 48 hours.

It is worth mentioning that the Quartet Committee (The United States, the European Union, the United Nations, and Russia) will be holding a meeting Monday to evaluate the situation in an attempt to restore calm.

The extensive Israeli bombardment against the Gaza Strip led to the death of at least 18 Palestinians, including children, in the last three days, while dozens of residents were wounded. Three children, including a child and an elderly, were killed on Sunday, while several others were wounded.

A Palestinian source told the BBC that Israel offered the Palestinian factions a truce starting Sunday night at midnight, and vowed an even stronger offensive should the resistance break this truce.

Resistance groups in Gaza fired more than a 100 shells into Israel, causing damage and one serious injury, according to Israeli sources.

The Al-Quds Brigades, the armed wing of the Islamic Jihad in Palestine, reported that its fighters fired dozens of shells into Gilat and Tzalim settlement, and a number of military bases in Ashdod, Ophakim, Orem, in addition to targeting Be’er As-Sabe’(Be’er Sheva) and several other areas causing damage and several injuries.

The office of Hamas’ political leader, Ismail Haniyya, issued a press release stating that Egypt is holding talks with all related parties in an attempt to achieve a ceasefire deal.

Speaking to Radio Palestine, the Palestinian Ambassador in Egypt, Yasser Othman, stated that all talks are being held behind closed doors, adding that he hopes truce would be reached in the coming hours.

Othman stated that the talks started directly after the latest escalation broke out, and added that achieving a truce agreement, and maintaining it, is a very difficult task, and that the main issue right now is to stop the Israeli aggression against Gaza.

On Sunday morning, Palestinian President, Mahmoud Abbas, contacted the Secretary-General of the Arab League, Nabil Al-Arabi, and discussed the latest Israeli military escalation, and the possibility of heading to the Security Council should this escalation continue.

Abbas also contacted several Arab and International leaders asking them to intervene and stop the Israeli military escalation that led to dozens of civilian casualties.

The escalation started after Israel assassinated the Secretary-General of the Popular Resistance committees, On March 9. The Israeli Air Force fired a missile directly hit a car in Rafah, in the southern part of the Gaza Strip, killing two passengers and seriously wounding a civilian bystander identified as Yahia Ad-Dahshan, 27.

The two passengers were the secretary-general of the Popular Resistance Committees, Zuheir Al-Qaisi, 49, from Rafah, and Mohammad Hanani, 44, from the northern West Bank city of Nablus; Hanani is the son-in-law of Al-Qaisi.

Later on the evening of the same day, the Israeli Air Force fired a missile at fighters of the Al-Quds Brigades, the armed wing of the Islamic Jihad, killing three; they were identified as Mohammad Harara, 24, Fadel Al-Gharabli, 25, and Hazem Qreiqe’, 33. 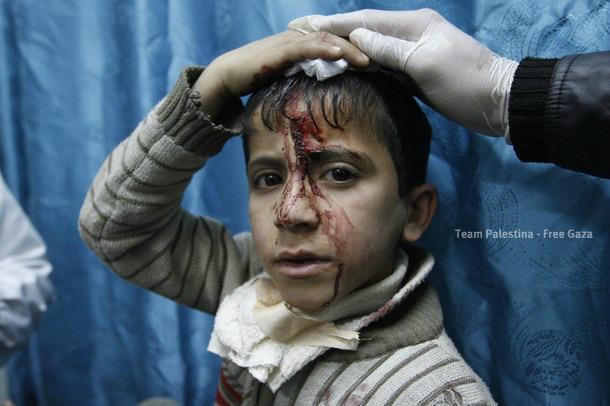