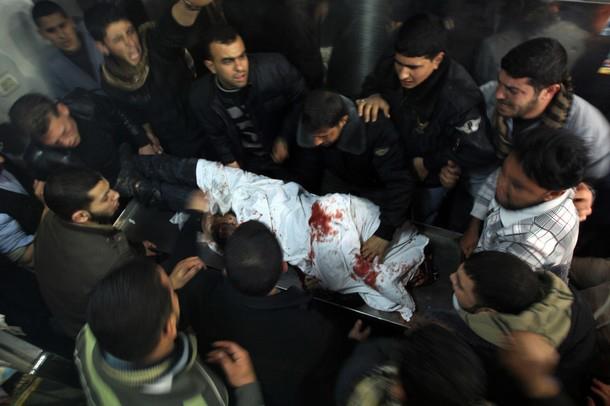 Palestinian medical sources in the Gaza Strip reported that one Palestinian was killed, and 33 residents, mostly children, were injured in a new wave of Israeli air strikes targeting several areas in the coastal region, on Monday at dawn and Monday morning.The sources stated that an Israeli drone fired missile at fighters of the Al-Quds Brigades, the armed wing of the Islamic Jihad, killing a resident identified as Hamada Abu Motlaq, 24, from Abasan; at least two residents were wounded.

Adham Abu Salmiyya, spokesperson of the Medical and Emergency Services in Gaza, reported that at least 33 residents, the majority of them children and women, were wounded when the army bombarded a home in Jabalia refugee camp.

Abu Salmiyya added that a young man and a young woman were wounded when the army bombarded a home east of Ash-Shujaeyya neighbored, east of Gaza city; they suffered moderate wounds and were moved to Ash-Shifa Hospital.

He confirmed that the number of Palestinians killed, when Israeli initiated the first offensive on Friday evening,stands now at 19 residents, while more than 65 persons, including children and women, were injured.