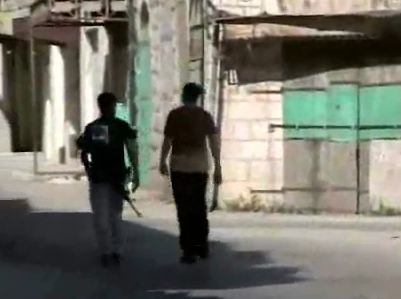 A group of armed extremist Israeli settlers of the Ramat Yishai illegal settlement outpost, in the southern West Bank city of Hebron, attacked on Sunday at night several Palestinian homes in Tal Romedia neighborhood, and chased the children around while cursing at them.The Palestinian News and Info Agency, WAFA, reported that the settlers terrified several children while running after them, shouting and using dirty curse words.

Resident Hisham Al-Azza, one of the residents of Tal Romedia, stated that the settlers broke into his home while insulting him and his family, and even held his son, Younis, 8, in the dark for a hull hour.

Al-Azza added that the Israeli Police was in the area but did not even attempt to stop the settlers or force them away.

The attack is one of the latest attacks and violations carried out by extremist Israeli settlers against the residents and their lands in the occupied West Bank, including in occupied East Jerusalem.