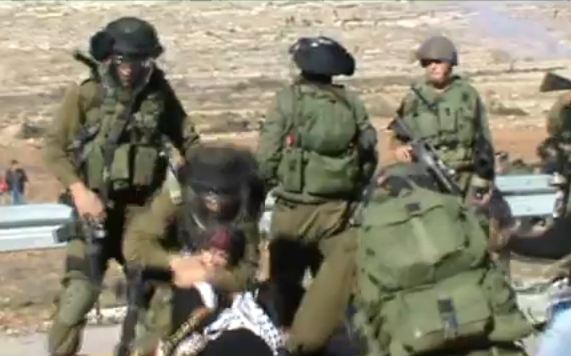 The sources added that the soldiers were also videotaping the home invasions, including women and the frightened children. Soldiers then withdrew from the village without conducting any arrests.

Nabi Saleh is one of many Palestinian villages and towns that are active in persistent nonviolent resistance against the illegal Israeli Annexation Wall, and settlements, built on privately owned Palestinian lands, depriving the residents from accessing their own orchards and lands, and turning the Palestinian areas into isolated cantons.