Israel: “P.A Not Ready For Statehood” 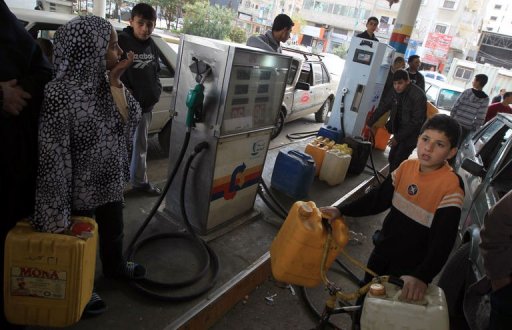 As part of its efforts to obstruct every step the Palestinians conduct to achieve statehood recognition, the Israeli government is preparing an extensive report to submit it to the donor countries in an attempt to convince the international community that the Palestinian Authority (P.A.) is not ready for statehood, the Arabs48 news website reported.Israel intends to submit the report to the donor countries as they convene in Brussels this coming Wednesday. One of the main Israeli arguments is that the Palestinian economy is not stable enough to sustain an independent Palestinian State.

Israeli daily, Haaretz, reported that Israeli envoys to the summit will hand the report to all representatives of participating countries, topped by Norwegian Foreign Minister, Jonas Gahr Store, who will be heading the conference, in addition to EU Foreign Policy Chief, Catharine Ashton, and Quartet Middle East Envoy, Tony Blair. (Quartet Committee; the United States, the European Union, the United Nations, and Russia)

The Israeli report comes amidst the idleness of the ‘peace process’ between Israel and the Palestinians, and deep crises in relations between Israeli Prime Minister, Benjamin Netanyahu, and Palestinian President, Mahmoud Abbas, especially since the P.A stated that peace talks cannot be resumed while Israel continued its violations in the occupied territories, topped by Israel’s illegal settlement construction and expansion policies.

Haaretz said that this Israeli letter was formatted in a manner that is meant to send a message stating that the Palestinian economy is not capable of supporting an independent Palestinian State.

This document comes in contrary to reports published by the World Bank and other international institutions that stated that P.A institutions have developed and can function under an independent state. These reports were published in 2011 before the P.A filed its statehood recognition application at the United Nations last September.

Furthermore, Israel claims in its reports that the current financial crises the P.A is facing is a result “lack of good distribution of financial resources in 2011”, and not as a result of the Israeli violations, and restriction on Palestinian trade, mainly imports and exports as Israel controls all border terminals leading to the West Bank, and continues its siege on Gaza despite claims of “easing it”.

Israel is also arguing that the P.A needs to conduct extensive reforms so that it will be able to function as an independent state.

Furthermore, the government of Netanyahu is arguing that despite, an economic growth in the West Bank, the P.A. is still facing a serious crisis as most of its economy is based on the public sector, and that all of it projects are financed by international donors.

The report does not mention the fact that the West Bank, even when taking into consideration the fact that some parts of the West Bank are under limited P.A. “control”, is still under Israeli military occupation, and is facing an extensive Israeli policy that aim at constructing and expanding Jewish-only settlements in the occupied territories, including in occupied East Jerusalem.

The Arabs48 reported that the report stems from the fact that the right-wing led government of Netanyahu is based on ideological strategies that reject the establishment of an independent Palestinian state, in addition to the fact that Israel is practicing apartheid against the Arabs and the Palestinians, by seeking a fundamentalist Jewish state from the river to the sea.