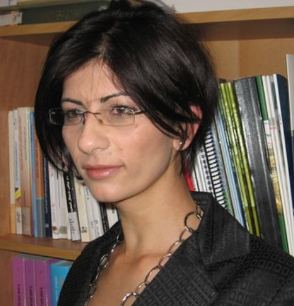 For the first time in Israel’s history, the Israeli District Court upheld an appeal filed on behalf a Palestinian political prisoner from the northern West Bank city of Jenin demanding an end to discrimination in the distribution of special meals that were only granted to Jewish prisoners during Jewish and Israeli holidays.Such meals usually include a significant increase in the quantities of fish and meats, in addition to sweets and different sorts of fruits and vegetables.

The appeal was filed by lawyer Abeer Bakr who presented numerous evidences proving outrageous discrimination practiced by the Israeli Prison Authorities against Arab and Palestinian detainees.

The District Court rejected the stance of the Prison Administration that denies discrimination against Arab detainees, and determined that the right to equality requires the administration to grant that same meals to both Jewish and Arab prisoners.

It is worth mentioning that this is the first time in Israel’s history that a high legal authority officially recognizes the fact that there is discrimination in Israeli prisons as usually the authorities explain certain discrimination measures as actions taken for security considerations “in order to protect the security of the state”.

The new ruling does not mean an end to discrimination against Palestinian and Arab political prisoners, such as the illegal administrative detention policies against hundreds of detainees held without charges, and the illegal interrogation methods used against the Palestinian detainees, including extreme torture and sleep deprivation that led to the death of dozens of detainees while under interrogation.

Former political prisoner, Palestinian Researcher, head of the Census Bureau at the Palestinian Ministry of Detainees, Abdul-Nasser Farawna, stated in a compressive report published on February 12, 2012, that 202 Palestinians detainees were killed in Israeli prisons and interrogation facilities since Israel occupied the West Bank, the Gaza Strip and East Jerusalem in 1967.

74 of them were executed by the soldiers after they were kidnapped, 7 were shot and killed while in prison, 51 died due to the lack of medical treatment, and 70 died due to excessive torture during interrogation, Farawna stated in his report.