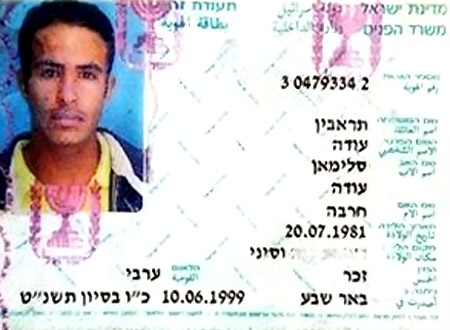 Egyptian sources reported that senior Israeli government envoys arrived in Cairo, on Wednesday, to hold talks with Egyptian officials on a prisoner-swap deal that would secure the release of a Bedouin Israeli spy in exchange for the release of 63 Egyptian detainees held by Tel Aviv.The Al-Ahram Egyptian paper reported that senior Egyptian government officials welcomed the Israeli envoys at the Cairo Airport.

Besides the release of the spy, Odah Suleiman Tarabeen, the officials intend to hold talks on the Israeli-Egyptian relations.

Israel is hoping to conclude a swap agreement that would secure the release of Tarabeen in exchange for the release of 63 Egyptian prisoners held by Tel Aviv.

The Israeli Foreign Ministry confirmed the officials visit to Cairo, but did not comment on the subjects the officials intend to discuss with their Egyptian counterparts.

Tarabeen was arrested by Egypt twelve years ago; he is from a Bedouin tribe in the Sinai and the Negev Desert. His father was recruited to spy for the Israeli military after the 1967 war, and was tasked with spying on Egyptian resistance groups.
In 1990, Suleiman and his family fled to Israel and received its citizenship; he and his family lived in Rahat city since then.

In 1999, Odah Tarabeen went to Sinai to visit his sisters who are married and living in Al-Arish; Egypt told him that he is not welcomed in the country and that we must leave and not come back again. But he infiltrated into Egypt and was caught carrying communication equipment.

He also tried to recruit the husband of his sister living in Al-Arish, the capital of North Sinai and its largest city, in order to be his liaison with the Israeli Institute for Intelligence and Special Operations (Mossad), an Egyptian court found him guilty and sentenced him to 25 years.