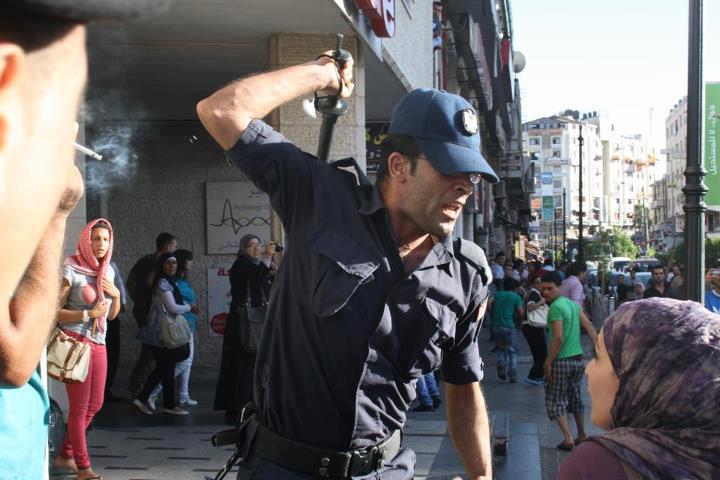 For consecutive days protests by Palestinians in Ramallah have been broken up with violence by Palestinian Authority security forces.On Saturday, Palestinians from various parts of the West Bank came together in Ramallah to protest the scheduled meeting of P.A. president, Mahmoud Abbas and Israeli cabinet member without portfolio and Vice Prime Minister, Shaul Mofaz. Activists were clear to state that they objected to Mofaz, a man accused of war crimes against the Palestinian people, being received in Ramallah and wanted the meeting cancelled.

The first protest, on Saturday, was initially calm although activists on the ground reported that the police force quickly escalated to violence.

Several protestors were detained and allegedly beaten during custody, including accredited journalists covering the demonstration. As a result, four protestors had to be taken to hospital for treatment, as was journalist Mohammed Jaradat.

Abir Kopty, a social justice activist and former city council member for Nazareth who accompanied those injured to hospital, reported that four police officers also arrived at Ramallah hospital claiming that they had been assaulted by activists; a claim that has been denied and not supported by evidence.

As a result, activists planned a further protest, on Sunday, to continue to express their objection to any potential meeting with Mofaz and against the violence perpetuated by PA security forces the previous day.

Radio France journalist, Emilie Baujard, released a photograph of the forces prior to the arrival of the protestors, lined up, with batons in hand. Subsequent photo and video evidence released by both activists and accredited journalists confirm reports of the use of such weapons against protestors and journalists alike.

Following the repeated use of violence against protestors, the practice of detention of activists and journalists was also repeated when 6 journalists and numerous protesters taken, one of whom was a minor.

All were eventually released.

Following these acts both protestors and journalists have claimed that the police confiscated memory cards from their cameras and others have stated that camera equipment was targeted by security forces leading to damage.

As a result of security force violence once more residents were hospitalized, and one individual was assaulted and detained after leaving.

The meeting between Abbas and Mofaz had been planned for Sunday between the two politicians and was speculated to be a precursor to the resumption of peace talks, although late on Friday officials announced that the meeting had been suspended.

Palestinians had branded Mofaz a ‘war criminal’ due to his role in the Jenin Refugee Camp massacre in April of 2002, where Israeli military bulldozers demolished houses with residents still inside. Mofaz was Chief of Staff of the Israeli military at the time.

Israel claimed that such allegations were preposterous, but, following the Israeli military’s withdrawal from the camp, investigators from human rights organizations entered.

Amnesty International reported that there was clear evidence that Israel had committed war crimes in Jenin, and UN envoy Terje Roed-Larsen stated that the devastation was ‘horrific beyond belief’. 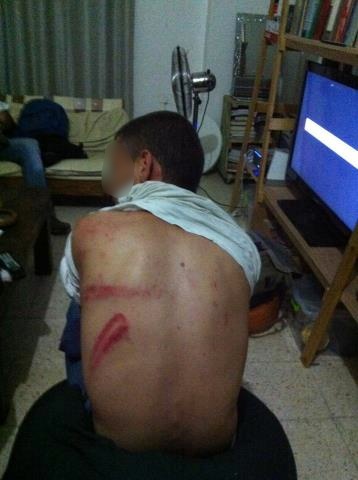 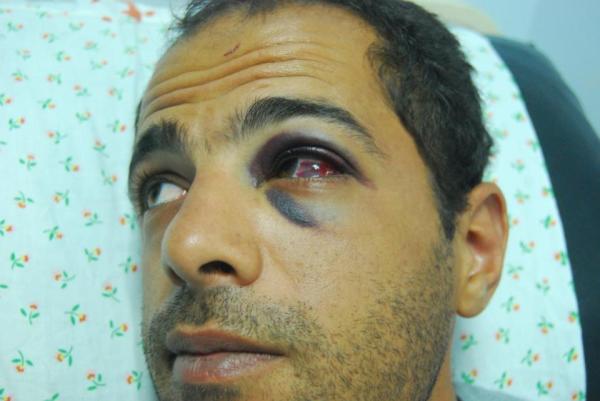