Israel Planning A Military College on Mount of Olives 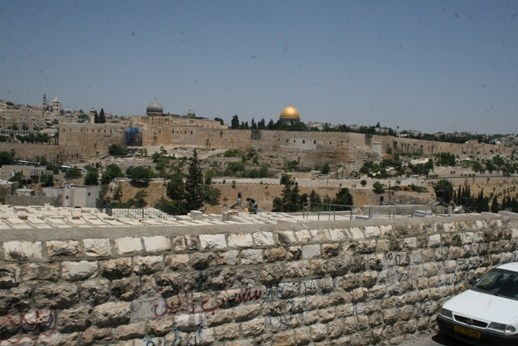 The Israeli Regional Planning and Construction Committee in Jerusalem approved, on Monday, a plan to build a Military College near the Augusta Victoria Hospital in Mount Olive, in occupied East Jerusalem.Ahmad Sob-Laban, a Palestinian researcher specializing in Israeli settlement affairs, issued a press release revealing that Israel will be constructing a military college on nearly 14 dunams (3.459 acres) northeast of the Old city.

Sob-Laban added that the college will be able to accommodate nearly 400 students and 130 academics. In addition, the college would move more government and military facilities into the eastern part of Jerusalem, as part of Israel’s plans and illegal settlement activities in the occupied city.

Sob-Laban further stated that the settler-led government of Benjamin Netanyahu and several settlement organizations, heavily supported by Israel lobbies and some Jewish millionaires in the United States, are trying to create facts on the ground by creating this chain of settlements and military bases in and around the Old City. The chain starts in Ath-Thoury and Silwan in the south, passes through Ras Al-Amoud and At-Tour, and ends in Sheikh Jarrah in the north.

Constructing the new military college will be the beginning of a new settlement outpost in the area, adding that At-Tour neighborhood already has two illegal settlement outposts, and that the planned college is only a few dozen meters away from these outposts.

He said that the new plan was discussed by the regional committee in mid-April, and was approved less than three months after submission, an issue that indicates that the Israeli government is rushing to approve and construct more settlement and military facilities in occupied East Jerusalem.

In the same time-frame, Israel demolished and evicted several Arab-owned stores in the Old City, and approved a plan to install a lift and a tunnel linking between the Jewish Quarter in the Old City with the Al-Boraq Wall (The Western Wall).