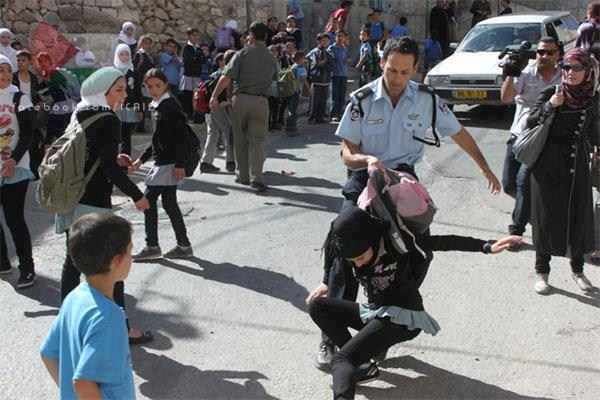 The Wadi Hilweh Information Center in Jerusalem reported that a Palestinian child was attacked last Thursday by a group of extremist settlers in Silwan, a town in occupied East Jerusalem. The center said that the child, Areen Ad-Dameery, was assaulted and beaten by several settlers, who are students of the religious school in the area. The child suffered cuts and bruises to various parts of her body.

Her father said that Areen also suffered an anxiety attack, and is afraid to leave her home, fearing additional attacks by the settlers.

A few days ago, Israeli soldiers kidnapped a 15-year-old boy from Silwan after violently attacking and beating him near the Dung Gate entrance leading to Jerusalem’s Old City.

The child, Mohammad Baidoun, was assaulted by the police who claimed that he was supposed to be under house arrest. His parents denied the police claim, saying that the no such order was ever served against their son.

Furthermore, the Israeli Information Center for Human Rights in the Occupied Territories (B’Tselem) published a video taken by one of its volunteers showing an Israeli officer of the Border Police kicking a Palestinian child while another officer held him. The attack took place in Hebron, in the southern part of the West Bank.

The child, Abdul-Rahman Burqan, 9, lives with his family near an area used by the Israeli army as a parking lot near the Ibrahimi Mosque in Hebron.

The video shows an Israeli Border Police officer ambushing the child as he was walking past a corner. One officer grabbed him by the arm, and told him “why are you making trouble?”

The officer then dragged the screaming, terrified child on the ground for a few seconds before another officer kicked him. Soldiers then let the child go and left the area; the child then ran away.

In related news, resident Mohammad Ma’aly, 19, from ‘Ijja, a town south of the West Bank city of Jenin, was hospitalized at the Tel Ha-Shomer Hospital in Jaffa after being assaulted by extremist settlers as he was heading to work in the city.

The Palestinian Workers Union in Jenin denounced the attack, and stated that the settlers “took turns in beating Ma’aly, and repeatedly insulted him”. Following initial treatment in Jaffa, Ma’aly was moved to the Governmental Hospital in Jenin.

While at Tel Ha-Shomer Israeli hospital, Israeli policeman dressed in plain clothes, interrogated Ma’aly for an extended period of time, and demanded him to sign a document in Hebrew but he refused to sign it.