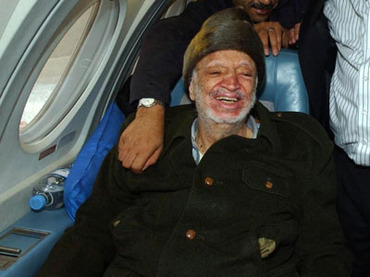 After a nine month investigation by Al-Jazeera reported that the Institut de Radiophysique in Switzerland found abnormally high levels of a rare radioactive element called polonium-210 on Arafat’s personal belongings, his widow, Suha, called for the exhumation of his body.

While the testing of the president’s bones could provide confirmation of radiation poisoning, it would not necessarily lead to who was behind the incident. However, polonium is a difficult element to produce and the signature found in the bones could provide evidence of who created it.

Questions have surrounded the circumstances of Arafat’s death since his sudden illness during the second intifada in 2004. PLO official Saeb Erekat said the Palestinian Authority is looking to form an international tribunal to investigate the case modeled after the one that looked into the death of former Lebanese prime minister Rafiq Al-Hariri. But the former head of Israeli domestic intelligence, Avi Dichter, told Israel’s Army Radio that the Palestinians are responsible for the outcome. He asserted, ‘The body is in their hands. It is in Ramallah and, really, all the keys are in their hands.’