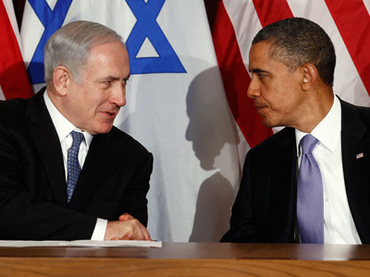 The Palestinian delegation to the United Nations has reaffirmed its demand to have voting rights in international conferences and meetings, according to multiple sources.The United Nations is currently working on a binding resolution concerning the global arms market, which is estimated to be worth over $60 billion annually, according to Reuters. Secretary General Ban Ki-Moon has stated that forging a coalition and consensus at the UN is an essential outcome of this round of meetings. The issue of Palestine’s status at this conference, and at future UN forums, threatens to jeopardize the entire coalition.

Ma’an News Agency reports that the Palestinian delegation, which has been participating with the United Nations as an unofficial and non-voting observer, has demanded a seat at the table for the latest round of arms discussions. The delegation from Palestine believes that is has as much right as any other nation to be recognized and taken into account in issues of international law. Ma’an reports that as a recipient of state-sanctioned violence at the hands of one of the world’s leading arms exporters – Israel – Palestine is in particular need of a voice.

The United Nations finds itself in a precarious position. If Palestinian voting rights were put to the floor of the General Assembly for this conference those rights would have to be extended into other UN assemblies. In essence, by demanding a vote in arms negotiations this week Palestine has demanded full recognition as a state party in the United Nations.

Last year Palestine was recognized as a state party by UNESCO; a decision that infuriated Israel and the United States. Recognition would be a significant momentum boost to Palestine’s bid for statehood.

Unfortunately, despite widespread support from the vast majority of the countries around the globe, a joint Israeli-American blockade stands in the way at the United Nations. Furthermore, various sources report that the Israeli and American delegations would withdraw from further negotiations on arms control measures if Palestine’s formal status is put to consideration.

Losing two major arms exporters would severely undermine the integrity and applicability of any UN resolution. Losing the United States, and its Security Council veto, would also make any agreement on arms regulation non-binding at the level of international law. Finally, even if Palestine’s status were put to a vote it would not receive unanimous consent – Israel would vote against and the United States would veto any provision. Palestine would remain an unrecognized state and the United Nations would have lost a golden opportunity to push forward an agenda for arms regulation that is desperately lacking at the international level.

Secretary General Ki-Moon chose to put off Palestinian consideration to a later, yet to be determined, time, according to Haaretz. By forsaking Palestinian international recognition for the foreseeable future Ki-Moon has successfully kept Israel and the United States at the discussion table on international weapons exports, according to The Guardian.

Whether or not this sacrifice is worth the price will not be known until the language of the arms agreement is finalized. Regardless, this decision represents a step backward for Palestinian statehood