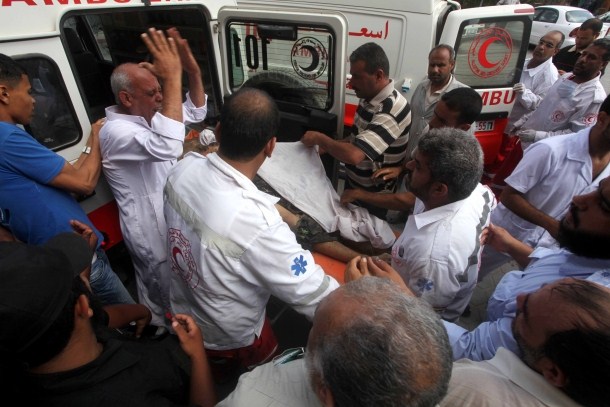 Palestinian medical sources reported that a Palestinian youth was shot and wounded by Israeli military fire near the Agricultural School, northeast of Beit Hanoun, in the northern part of the Gaza Strip.The resident, 23 years old, was shot in his foot, and is currently in moderate condition at Kamal Odwan Hospital.

Dozens of Palestinians, especially farmers and day laborers, have been shot by Israeli soldiers under the pretext of entering a “no man zone” close to the separation wall/fence in Gaza. Others were recently shot in limited invasions carried out by the army.

In its weekly report on Israeli violations in the occupied territories, the Palestinian Center for Human Rights stated that Israeli soldiers carried out 45 invasions into Palestinian communities in the West Bank, and kidnapped 19 Palestinians, including two children.

The center added that the Israeli Air Force carried out several air strikes targeting different parts of the Gaza Strip.