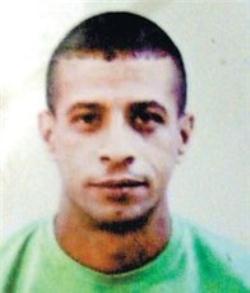 The Israeli District Court in occupied Jerusalem sentenced, Monday, two Israeli policemen to only 30 months imprisonment despite the fact that they left a wounded Palestinian man to die on the side of the road near the central West Bank city of Ramallah. The two policemen were convicted of causing the death of Ammar Abu Jeriban four years ago, leaving him on the side of the road despite his medical condition; he was found dead later on by an Israeli driving in the area.

Abu Jreiban is from the Gaza Strip; he died on June 15 2008 on the road between Ofer Prison and Atara roadblock.

On May 28 2008, Abu Jreiban and another Palestinian from Ramallah were involved in a car accident after, according to the Israeli police “they stole a car in Israel and the police was chasing them”. Four persons, including Abu Jreiban, were wounded, and he was hospitalized after suffering multiple fractures and injuries, including a wounded lung.

On June 12 2008, the doctors discharged Abu Jreiban and wrote in their report that “he finished medical treatment, but needs rehabilitation as he cannot walk well using his right leg”.

The report also stated that Abu Jreiban needs a follow-up visit six weeks later, and that he needs physical therapy and rest for 45 days.

Palestinian media sources reported that despite the bad health condition of Abu Jreiban, he was placed in a police vehicle at 10 P.M on June 14 2008, and the policemen drove on road 443 before trying to drop him at an Israeli roadblock in the area but the soldiers refused to take him.

Around 2:50 at dawn on June 15 2008, the policemen decided to drop him on the side of the road thinking that a Palestinian car might drive by and give him a lift.

Several hours later, an Israeli driver found him dead and called an ambulance. Abu Jreiban had no identification card and was wearing hospital clothes. DNA tests revealed his identity.

The paper said that Abu Jreiban was in a car accident two weeks before his death while driving a stolen vehicle; he has moved to an Israeli hospital and when his health condition improved the police ordered his transfer to the Ofer Israeli prison.

But the police officer in charge of the transfer decided that Jreiban should be sent to Gaza and not to Ofer, and dropped him near Ofer with only his pajamas on. The man was found dead after suffering from sun exposure and dehydration.

Yedioth Aharonoth said that the officers were convicted in May of “depraved indifference” and “negligent homicide”. The judge ruled that the two officers new that Jreiban was not healthy but still decided to drop him on the side of the road instead of moving him to prison.

According to the paper, the judge ruled that the policemen’s behavior was “appalling”, adding that the court cannot comprehend the act of the officers who decided to leave the man “who was clearly in distress, in the middle of the night, in a deserted area, as if he was nothing but a disposable object”.

Yet, the judge decided to sentence them to only 30 months after taking into consideration the fact that the “families of the two policemen have been suffering great financial issues since the two were arrested and suspended”.

He also said that defendants in similar cases “would be usually sentenced to several months”, and added that he decided to imprison them for 30 months because “their behavior constituted special circumstances”, Yedioth Aharonoth reported.