Child Injured After Being Rammed By Settler’s Car 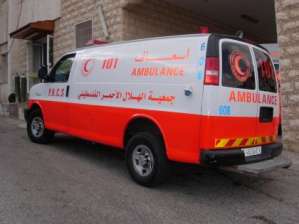 Palestinian medical sources reported that a Palestinian child from Hebron, in the southern part of the West Bank, was wounded after being rammed by a settler’s car in Susiya area, south of Hebron. The settler fled the scene.Nasser Qabaja, in charge of a rescue unit at the Red Crescent in the southern part of the West Bank, reported that the child, Mohammad Abdullah al-Mahareeq, suffered a broken left leg, and received medical treatment by field medics before he was moved to the al-Ahli Hospital in the city.

The child said that he saw the settler speeding away after ramming him with his vehicle.

Dozens of similar incidents previously occurred in Hebron and in several parts of the West Bank, and in most cases, the settlers were never identified.