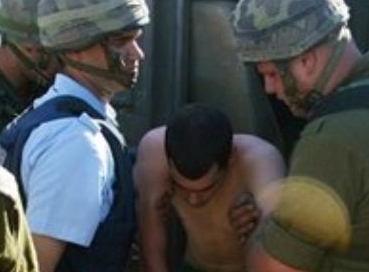 Israeli soldiers assaulted and abused Mahmoud Al-Badan, 17, after breaking into his home, Sunday, in Tiqua’ town, near the West Bank city of Bethlehem, and kidnapped him before driving away to an undisclosed location. Mohammad, the father of the youth, stated the soldiers, accompanied by an Israeli security officer, broke into their home, around 1:30 after midnight, violently searched the property before taking Mahmoud outside, forcing his family to remain inside under gunpoint, and started punching, kicking and hitting him in front of their home.

Al-Badan said that next door neighbors witnessed the soldiers kicking and hitting Mahmoud with rifle butts and batons, in addition to repeatedly punching him before they cuffed and blindfolded him, and threw him in one of the jeeps and sped away.