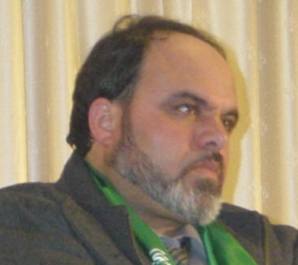 Israeli soldiers kidnapped, on Sunday at dawn, Palestinian legislator of the Change and Reform Parliamentary Bloc of the Hamas movement, Ahmad Abdul-Aziz Mubarak, after breaking into his him in Al-Biereh near the central West Bank city of Ramallah. The army also kidnapped 10 residents in different parts of the West Bank.Local sources reported that the army broke into the home of Mubarak and ransacked it, before cuffing and blindfolding him, and took him to an unknown destination.

It is worth mentioning that Mubarak was first kidnapped in 2006 along with dozens of elected legislators, and was sentenced to 4 years imprisonment.

In related news, soldiers kidnapped on Sunday at dawn 10 Palestinians in different parts of the West Bank. Four of them were kidnapped from their homes in the Jenin district, in the northern part of the West Bank, three in the Central West Bank district of Ramallah, and three in Bethlehem.