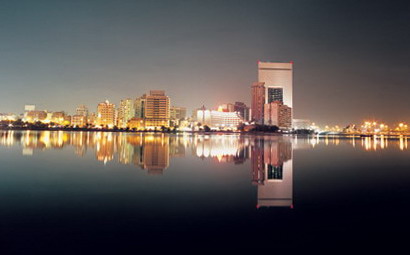 Amidst the ongoing sharp financial crisis the Palestinian Authority (P.A.) is facing, Saudi Kind Abdullah Ben Abdul-Aziz Al Saud, ordered the fast transfer of $100 Million to the P.A. in the West Bank to enable it pay salaries and perform its duties.The Palestine Press News Agency reported that the Saudi Finance Minister, Ibrahim Al-Assaf, informed Palestinian Prime Minister, Dr. Salaam Fayyad, that King Abdullah ordered the transfer of $100 Million to help alleviate the financial crisis in the West Bank and the Gaza Strip.

It is worth mentioning that Palestinian President, Mahmoud Abbas, met last Friday with the Saudi King in Jidda – Saudi Arabia, and the two leaders discussed the harsh financial crisis the P.A. is facing due to the ongoing Israeli violations.

Israel and the United States impose financial sanctions on the P.A. whenever it filed international recognition bids at the United Nations and its subsidiary organizations. They are also imposing pressure on the P.A. in order to resume direct peace talks with Israel.

On Tuesday of last week, Washington issued a statement telling the P.A. that if it files any other membership bid at the United Nation, all financial support granted by the United States would be cut.

Despite certain meetings hosted by mediators, the official stance of the P.A. is not to resume the political process with Israel until it stops all of its violations, including the ongoing construction and expansion of Israeli settlements, especially in and around occupied East Jerusalem.