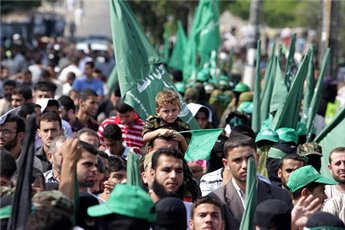 On Wednesday, Hamas urged Egypt’s new president to defy the Israeli siege on Gaza and allow more fuel to enter the area, according to Ma’an news.During a demonstration in the Gaza Strip, Hamas’ Ismail Radwan commented that the Arab community has a responsibility to support the people of Gaza with humanitarian aid. He also added that the international community should be working harder to end the blockade, now in its sixth year, by increasing pressure on Israel.

Newly elected Egyptian President Muhammad Mursi reportedly promised US Secretary of State Hillary Clinton that he would continue the closure of the Gaza Strip. According to an Israeli news site, Clinton informed Israeli officials of Mursi’s intentions during her visit to Israel on Monday.

Mursi’s Muslim Brotherhood party is close to Gaza’s ruling party Hamas, and officials in Gaza have expressed hope that Mursi would fully open the Rafah border and end the blockade.

It was first closed in 2006 by Israel and Egypt, but reopened in May of 2011 three months after former Egyptian President Hosni Mubarak was ousted by huge protests against his lengthy and corrupt regime.

In mid-February however, Egypt cut off supplies to Gaza through a tunnel network under the border between the two countries, which precipitated Gaza’s fuel crisis.

In May, a Qatari ship with 30 million liters of donated fuel docked at Suez port but was delayed by discussions about its delivery route into Gaza. In June, the only power plant in Gaza shut down after it ran out of fuel during the delay.