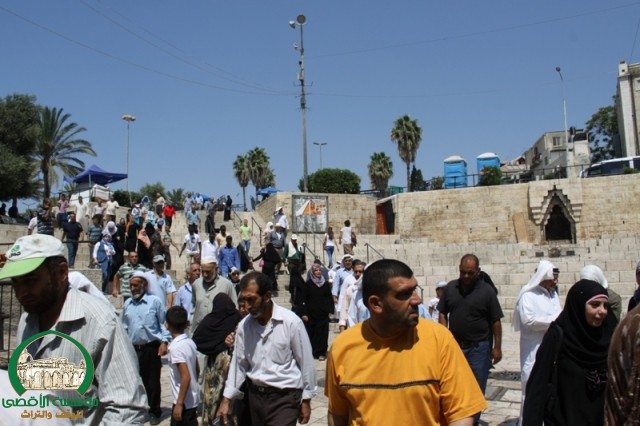 Israeli soldiers and policemen invaded, on Saturday night after midnight, the Al-Aqsa Mosque, in occupied East Jerusalem, and attacked several worshipers while trying to forcefully remove them out of the mosque; clashes were reported and two worshipers were kidnapped.The Al-Aqsa Foundation for Waqf and Heritage reported that the two kidnapped worshipers are young men from Jerusalem.

The Foundation added that hundreds of worshipers remained in the Al-Aqsa Mosque for the third night in a row, and that their stay was facilitated by the Islamic Waqf Department while the Israeli military and police are trying to prevent any worshiper from staying overnight at the mosque or its yards.

In related news, hundreds of Israeli settlers, and fundamentalist members of Knesset, participated in a procession that started in West Jerusalem and headed towards the gates of the Old City, especially Bab Al-Amoud (Damascus) Gate, Bab As-Sahera (Herod’s Gate) and Al-Asbat Gate (Gate of the Tribes) and ending at the Al-Magharba Gate, the Foundation said.

The Al-Aqsa Foundation reported that, despite extensive Israeli restrictions and military presence, thousands of worshipers managed to reach the Al-Aqsa Mosque, and its surrounding areas, on Friday, and performed prayers marking the second Friday of the Muslim holy month of Ramadan.