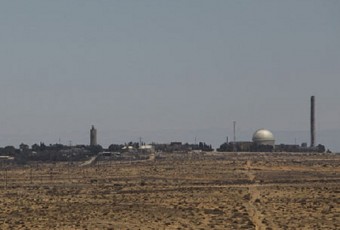 The United Nations passed, Tuesday, an overwhelming vote calling for inspecting Israel nuclear facilities, and called on Israel to open its facilities for this inspection especially since Tel Aviv never allowed international inspectors access to its nuclear facilities.The vote passed with 174 votes for the inspection, while six countries voted against, and six abstentions. The vote also calls on Israel to join the Nuclear Nonproliferation Treaty without further delay.

The countries that voted against the resolution were Israel, the United States, Canada, Palau, Micronesia, and the Marshall Islands.

It is worth mentioning that Israel, along with Pakistan, India and North Korea, refuses to become members of the Nuclear Nonproliferation Treaty.

Israel claims that talks on nuclear weapons cannot be held before a comprehensive peace agreement is reached in the Middle East.