14 Injured By Army Fire In Hebron 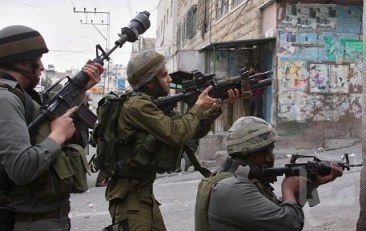 Palestinian medical sources in Hebron, in the southern part of the West Bank, reported that 14 residents have been injured, while dozens were treated for the effects of teargas inhalation, during clashes with Israeli soldiers invading Bab Az-Zawiya area in the city.Local sources reported that the clashes erupted after Israeli soldiers attempted to kidnap a Palestinian police officer in Bab Az-Zawiya, but the residents gathered around the soldiers and stopped them.

The army then started firing gas bombs, concussion grenades and rounds of live ammunition leading to 14 injuries in addition to the dozens who received treatment for the effects of teargas inhalation.