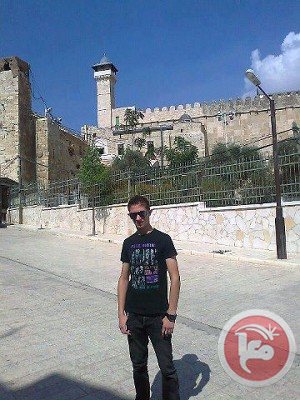 A sixteen year old boy identified as Muhammad Ziad Awad Salaymah was killed by Israeli border police Wednesday outside the Ibrahimi mosque in downtown Hebron.According to Israeli officials, Salaymeh was carrying a plastic gun and that is why he was shot by the Israeli border police. A local Palestinian doctor who rushed to the site of the shooting was unable to revive the boy, who was pronounced dead at a hospital in Hebron shortly thereafter.

Following the killing, crowds gathered outside the mosque, which has been a flashpoint since a 1994 massacre of Muslim worshippers by a New York-born right-wing Jewish doctor led to Israeli authorities taking over half of the mosque and turning it into a synagogue for Israeli settlers.

Crowds shouted at Israeli police and soldiers, and Salaymeh’s family joined the impromptu protest. Salaymeh’s brother was taken into custody by Israeli troops during the protest, and his father was wounded by Israeli forces who attacked the demonstrators with tear gas and concussion grenades.

Wednesday’s shooting follows an attack by Israeli forces on a non-violent demonstration in Hebron less than a week ago in which a dozen Palestinians were wounded.

It is the second killing of a Palestinian by Israeli forces this week in the West Bank.