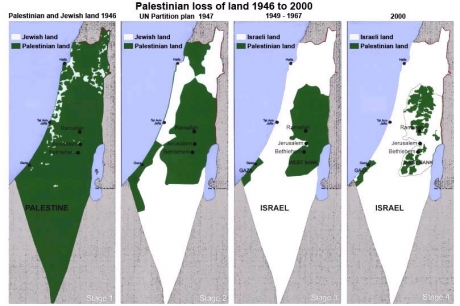 The United States and the European Union issued statements denouncing Israel’s new plan to build thousands of units in illegal Israeli settlements in and around occupied Jerusalem, and in a number of illegal Israeli settlements in the occupied West Bank.Spokeswoman of the U.S. Secretary of State, Victoria Nuland, stated that the “United States is disappointed that Israel is ongoing with its provocative acts”, and added that Israeli leaders repeatedly speak of the two-state solution with the Palestinians, but “the their actions on the ground are threatening this vision”.

Despite its condemnation, the United States remain the largest supporter of Israel, as its grants Israel around $3.6 Billion annually, in addition to hundreds of millions of dollars donate through lobbies, including groups that were formed with the sole intension to support Israel’s illegal settlement activities.

France also issued a strong condemnation of the recent Israeli decision to build 1500 units in the illegal Ramat Shlomo settlement in occupied Jerusalem, and stated that “Ramat Shlomo is a settlement neighborhood, and any construction in it is an illegitimate colonial act that harms the trust building measures being conducted between Israel and the Palestinians”, and also stated that such constructions will further obstruct the peace process and jeopardize the two-state solution.

Britain, France, Germany and Portugal are preparing a draft that will be submitted to the Security Council to denounce the Israeli plan, and to condemn Tel Aviv for launching new construction projects in Jerusalem and some West Bank settlements.

In their letter, the Rabbis said that they fear that the new constructions will be the “fatal blow on the head of the political process”, and warned that this plan “also harms the vital Israeli-American relations”.

But Netanyahu and his extremist coalition partners went on to reiterate Israel’s stance” that Jerusalem, all of Jerusalem, is the eternal and unified capital of Israel”, and added that the government will continue to build and expand settlements.

On his part, Palestinian UN Observer, Riyadh Mansour, stated that the Security Council will adopt a new solution condemning the Israeli plan in Jerusalem and the rest of the occupied Palestinian territory.

He added that this resolution will likely receive the support of all member states except for Israel and its ally the United States.

Israeli settlements in the occupied West Bank, including occupied East Jerusalem, Israel’s settlement blocks and random outposts are illegal under International Law and violate the Fourth Geneva Convention to which Israel is a signatory.

Beside its refusal to halt its settlement activities, Israel has been rejecting talks on vital issues such as border, natural resources and the internationally-guaranteed Right of Return of the Palestinian refugees.