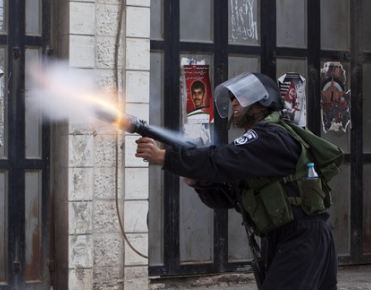 Palestinian sources in occupied East Jerusalem reported Wednesday that Israeli soldiers imposed a full siege on the El-Isawiyya town, in the center of the city, conducted searches of Palestinian vehicles while inspecting the residents ID card, and removed the protest tent installed in solidarity with hunger striking detainee, Samer Al-Eesawy of Al-Isawiyya. For the second time, Israeli soldiers broke into and removed the protest tent and attacked several locals while interrogating them and inspecting their ID cards.

The sources added that Israeli soldiers and personnel of the Israeli Tax department broke into several local shops an issue that pushed the shop owners to close their business.

Dozens of soldiers and policemen were deployed in the area, and completely isolated it from its surrounding areas, and the rest of occupied Jerusalem.

On Tuesday, the army kidnapped lawyer Shireen Al-Eesawy, the sister of Samer; she will be arraigned today, Thursday, as the army claims that she “attacked security personnel”.

The soldiers also attacked several family members of Al-Eesawy during the court session.

Al-Eesawy has been on hunger strike for 143 days demanding an end to his illegal detention, and is facing a sharply deteriorating health condition.