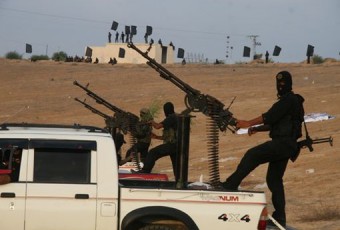 Medical sources reported that one resident was also injured when his motorcycle crashed into a jeep driven by members of the Al-Quds Brigades.

Also, dozens of security officers were deployed in the Salah Ed-Deen Street, between Az-Zeitoun neighborhood in Gaza, and Khan Younis, in the southern part of the coastal region.

They stopped and searched several vehicles in an attempt to prevent more gunmen from heading to the area where the clashes took place.