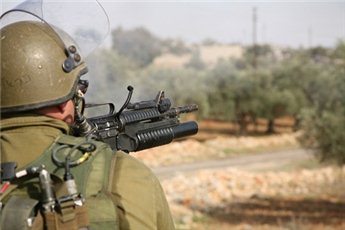 Israeli military sources reported Wednesday that the army kidnapped three unarmed Palestinians after crossing the border fence separating the Gaza Strip from Israel.The sources stated that initial investigation revealed that the three ‘do not attempt into enter Israel with the intent to commit an attack”, and that they infiltrated into the country seeking work.

The three Palestinians were handed to the Israeli Internal Security Agency for further interrogation.

Last Friday, February 1, that two Palestinian children was shot and injured by Israeli military fire, east of Jabalia, in the northern part of the Gaza Strip.

At least four Palestinians have been killed, and more than 75 have been injured by Israeli military fire since the ceasefire took effect in Gaza on November 21, 2012.

The cease fire ended an 8-day war in November of last year during which Israeli missiles and shells killed 191 Palestinians, including children, women and elderly, while at least 1492 Palestinians have been injured, dozens seriously

The Information Center of the Palestinian Ministry of Health Information reported that 48 children, including 16 under the age of five, have been killed by Israeli missiles and shells, in addition to 12 women and 20 elderly.