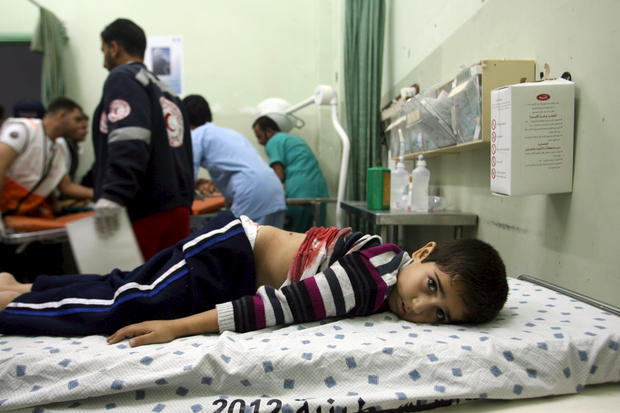 Palestinian sources in the Gaza Strip reported on Thursday that one boy was pronounced dead and three others injured in two separate incidents of Israeli army un-exploded ordnance detonated near them in the northern part of the costal enclave. Emad Abu Qadous, five years old, sustained head injures over the weekend when an unexploded bomb left by the Israeli army exploded near him in the town of Beit Hanoun.

Meanwhile also on Thursday, three Palestinian children, between the ages of three and five, were injured when an explosive device left by the Israeli army detonated near them in the town of Beit Hanoun as well.

According to the Palestinian ministry of health in Gaza the three children suffered critical wounds.

The health ministry warned families to keep children away from all unidentified objects especially in areas where it faces constant Israeli army shelling and invasions.