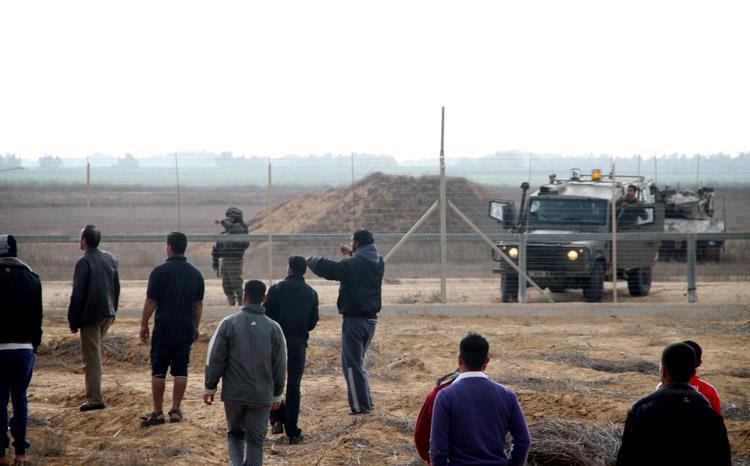 Last Wednesday February 13, the Israeli army started work meant to secure and fortify military bases, and settlements, located on the eastern part of the Gaza Strip.Military sources that the army fortified all bases along the eastern border fence to prevent any Infiltration of Palestinian residents or fighters into the country, according to the sources.

The work is being conducted along the 40-Kilometer border area, it also include fortified roofing to the buildings and military bases in the area.

The Israeli army said that it is fortifying residential areas in settlements located only 5 kilometers from the border fence, and that this operation started after a resistance group in Gaza managed to fire Kornet guided rockets.

The Russian-made Kornet Rockets can hit targets that are as far as 5 kilometers, therefore the army decided to fortify the area to prevent Palestinian shells from hitting them especially when taking into consideration that the November war between Israel and the
resistance in Gaza, Palestinian shells managed to strike areas far away from the border.

Most of the shells that hit targets that are beyond the reach of the resistance missiles did not carry explosive heads, and were mainly meant to pressure the Israeli’s into demanding their government to stop the aggression on Gaza.

On the other hand, Israeli Security Officials said that the army leadership in the country fears that Hamas might have obtained advanced missiles and weapons that were smuggled by Libyan weapon traffickers following the removal of Lybian President, Moammaer Qaddafi.

Israel also fears that, not only Lybian weapons and missiles have been smuggled to Gaza, but also Iranian missiles and weapons are making their way into coastal region.

Yet, Tel Aviv said that it is satisfied with the Egyptian operations against the smuggling of weapons into the Gaza Strip.

While many senior Israeli security, military and political leaders repeatedly stated that security coordination between Cairo and Tel Aviv is excellent despite the fact that the Muslim Brotherhood is in control of Egypt after the election that were held following the removal of former president Hosni Mubarak.