P.A Said To Be Holding Indirect Talks With Israel On Detainees Issues 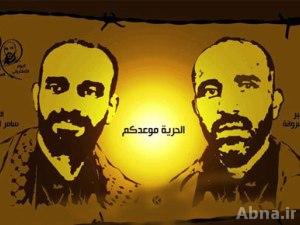 The Maan News Agency reported that the Palestinian Authority (P.A) in the West Bank is holding indirect talks with Tel Aviv in an attempt to resolve the crisis of Palestinian detainees, holding open-ended hunger strikes in Israel prisons.Chief Palestinian Negotiator, Dr. Saeb Erekat, stated that Egypt and several other countries are trying to talk Israel into resolving the issue of the detainees, but the talks remain fruitless.

Dr. Erekat also denied media reports claiming that a deal could be near, as some reports indicated that Israel could accept the release of the striking detainees in exchange for exiling them out of Palestine.

He added that the Palestinians have not been informed of such a deal, and that exiling the striking detainees is not an option.

Maan said that Egyptian security officials started, a few days ago, extensive talks with Tel Aviv in an attempt to resolve the issue, especially since the striking detainees were previously released under last year’s prisoner swap deal that secured the release of Israeli corporal, Gilad Shalit, in exchange for the release of over a 1000 Palestinian detainees.

Also, the Palestinian Authority and its president, Mahmoud Abbas, are holding extensive talks with European Union officials, in addition to holding talks with officials of several other countries and the United Nations, hoping to end the suffering of the detainees.

14 of the Palestinian detainees who were released under the prisoner swap deal have been rearrested by Israel. Five of them, including hunger striking detainees Samer Al-Eesawy and Ayman Al-Sharawna, could be imprisoned for 16 -28 years, Maan reported.

On Tuesday, Sharawna, from the southern West Bank city of Hebron, was moved to the Soroka Israel due to serious health complications.

Also on Tuesday, the Israeli District Court in Jerusalem rejected an appeal for the release of Samer Al-Eesawy.

Al-Eesawy was brought to the courtroom in a wheelchair, surrounded by dozens of armed Israeli guards, and when the judge asked him about “how he feels” he could barely utter a word due to his near-death condition resulting from his extended hunger strike.

El-Eesawy started his strike 211 days ago demanding his release as he is being held by Israel without charges.

Detainee Sharawna started his hunger strike 236 days ago 140 days later, he briefly paused his strike following advice of Physicians for Human Rights, and resumed his strike on January 16 2013.

Hundreds of detainees in different Israeli prisons and detention camps are weighing the possibility of conducting an open-ended hunger strike against the ongoing Israeli violations against them, and against Israel’s illegal “Administrative Detention” policy against hundreds of detainees held without charges.