Eight Injured In Clashes With The Army Near Nablus 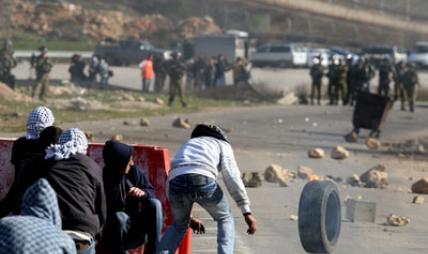 Palestinian medical sources in Nablus, in the northern part of the occupied West Bank, reported that eight Palestinians have been injured, on Wednesday evening, during clashes invaded Qasra village, south of the city.The sources said that clashes took place between the residents of the village and the invading Israeli soldiers, and that the army fired dozens of rubber-coated metal bullets and gas bombs.

The eight were hit by rubber-coated metal bullets in various parts of their bodies, while one was shot in the dead. He was identified as Awdan Odah.

The attack led to clashes with local youths of the village, and the army fired several gas bombs, and dozens of rubber-coated metal bullets.

On Wednesday evening, one Palestinian was injured and two others were kidnapped after the army invaded Borqeen village, south of the northern West Bank city of Jenin