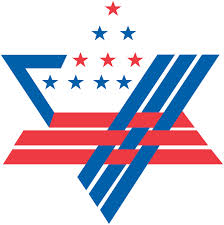 It added that outgoing Israeli Defense Minister, Ehud Barak, will also be speaking at the AIPAC Conference, while Israeli Prime Minister, Benjamin Netanyahu, will be delivering his speech in a video message, as he will not be attending the conference.

Haaretz also reported that Barak would also be speaking to leaders of the Republican and the Democratic parties in the House of Representatives and the Congress.

The AIPAC conference will be taking place before the planned visit of U.S. President, Barack Obama, to the Middle East in March.

AIPAC reported that approximately 13000 persons would be attending the conference, including 2000 students recruited by pro-Israel groups.

AIPAC is an American lobby that started its activities more than 50 years ago, and works directly with members of the U.S. Congress and the Senate in order to ensure drafting and passing bills and resolutions that support Israel and its policies under all circumstances.

AIPAC is believed to have a budget of $65 Million to fund its activities, and is considered one of the most powerful lobbies on Capitol Hill.

It also lobbies among U.S officials to ensure pro-Israel U.S. policies in the Middle East in general.

AIPAC also supports and ensures the continuation of the U.S. military and financial aid to Israel, which mounts to around $3.6 Billion a year.

Most of the money goes to support Israel’s illegal occupation of the Palestinian territories, and Israel’s illegal construction and expansion of Jewish settlements in direct violation of International Law and the Fourth Geneva Convention to which Israel is a signatory.