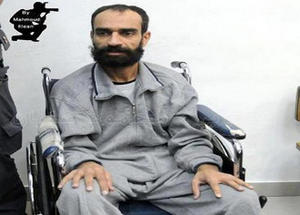 The Palestinian Prisoner Society (PPS) reported on Wednesday evening that both hunger-striking detainees Samer Al-Eesawy and Ayman Al-Sharawna were moved to hospital suffering serious health complications.Palestinian Minister of Detainees, Issa Qaraqe’, said that Al-Eesawy was moved from the Ramla Prison Clinic to the Rambam Israeli Hospital in Haifa.

The Minister also said that detainee Ayman Sharawna was moved to the Soroka Hospital in Be’er Al-Sabe’ (Beersheba).

Qaraqe’ said that the health condition of the detainee is very serious, an issue that required his transfer from the prison clinic to the hospital.

During a press conference in Ramallah, the mother of Al-Eesawy stated that there can be no words, powerful enough, to describe her pain and suffering while her son is holding the longest hunger strike in history.

She added that, on Tuesday, the family marked the death of their son Fadi, who was killed by the army, and now the family is worried about the fate of Samer.

On Thursday, February 21st, the Israeli District Court in Jerusalem sentenced Al-Eesawy, to 8 months imprisonment starting from the date of his arrest on July 7, 2012. Al-Eesawy is still facing the possibility of a long-term imprisonment that could be reinstated by the Israeli Military Court.

In related news, the Palestinian Prisoners Society reported Wednesday that detainees Ja’far Ez-Eddeen and Tareq Qa’daan have suspended their hunger strike until March 6, the date set by the Ofer military court to deliberate their Administrative Detention order.

The court will be holding a hearing at 1 P.M. on Wednesday March 6th, to determine whether to release the two or reinstate detention orders against them, despite the fact that no charges have been filed against them.

Ez-Eddeen and Qa’daan started their hunger strike on November 27, 2012 demanding their release as they are being held without charges. 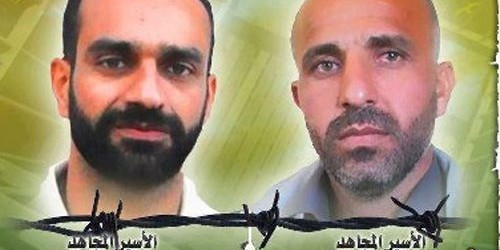