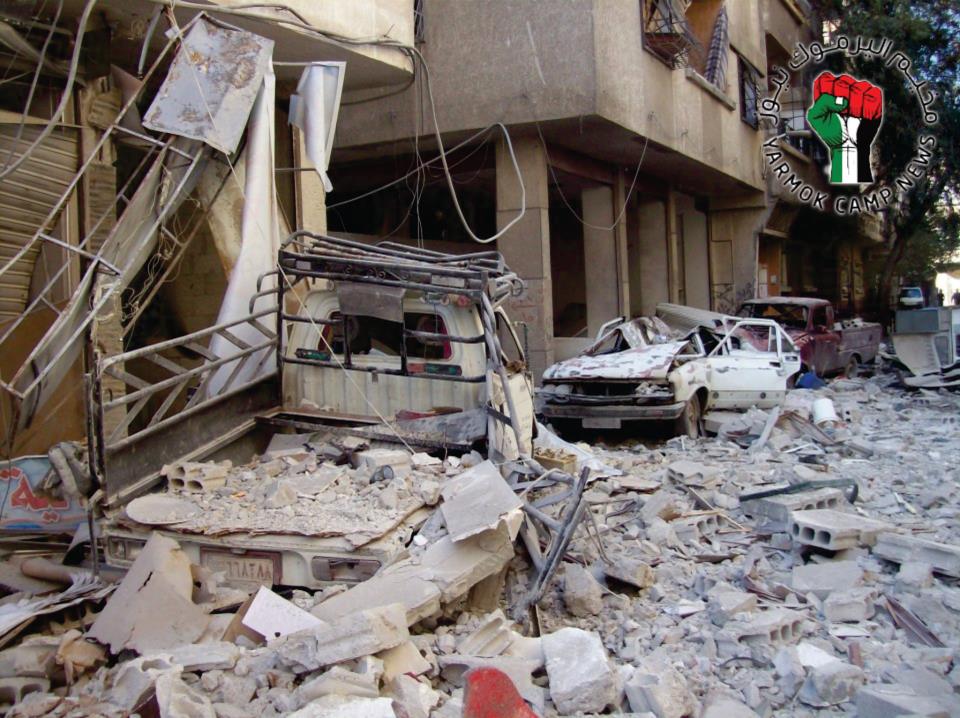 Half of the slain Palestinians have been killed in Damascus (531 Palestinians), 233 have been killed in the Suburbs of Damascus, 110 in Der’a, 46 in Aleppo, 35 in Himss, 27 in Al-Qneitra, 19 in Latheqiyya, 19 in refugee camps in Aleppo (most of them have been executed in Edlib city after being attacked while conducting compulsory training with the Palestinian Liberation Army on June 11, 2012, 17 in Hamaa and nine in different parts of the country.

According to data collected by the activists and human rights groups in Syria, 351 Palestinians were killed by shells fired into their refugee camps, 40 under unknown circumstances, 157 by sharpshooters, 328 by gunfire, 59 have been executed, 27 by Israeli military fire across the border.

Two more have been kidnapped and killed, one have been stabbed to death, one was burnt alive, and one due to lack of medical treated due to siege on refugee camps.