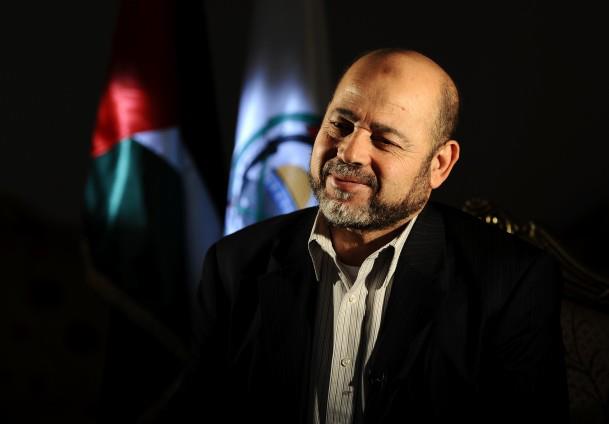 Mousa Abu Marzouq, member of the Political Bureau of the Hamas movement, slammed some Egyptian media outlets for what he called “attempting to involve the Palestinians in internal Egyptian conflicts”. His statements came after Egyptian reports claimed Egypt arrested seven Palestinians coming from Syria.On His Facebook page, Abu Mousa said that some Egyptian media outlets recently claimed that Egypt arrested seven Palestinians who flew from Syria to Egypt “carrying maps of sensitive Egyptian sites”, and later on, the outlets claimed that the seven illegally entered Egypt through a tunnel between Gaza and Egypt.

The Hamas official added that the Hamas-led government in Gaza contacted Egyptian security sources, and that Egypt confirmed that the seven Palestinians entered Egypt legally, and headed to Syria.

Abu Marzouq said that Egypt knows this fact, and that once the Palestinians landed in Cairo, the Egyptian side asked them about where they are coming from, and when they said that they came from Syria, they were moved to the Egyptian Security Services that released them after confirming the legality of all of their documents.

The seven were then allowed to enter Egypt, and continued their way to the Gaza Strip.

Abu Marzouq further stated that, the moment the seven Palestinians were questioned by the Egyptian Intelligence, “some Egyptian media outlets published fabricated reports claiming that the Palestinians carried maps of sensitive Egyptian locations, and that they illegally entered Egypt through the tunnels.”

He urged all media outlets to verify the sources of their information, and “to stop publishing news items that are meant to create tension and cause strife between the Egyptian and Palestinian people.”