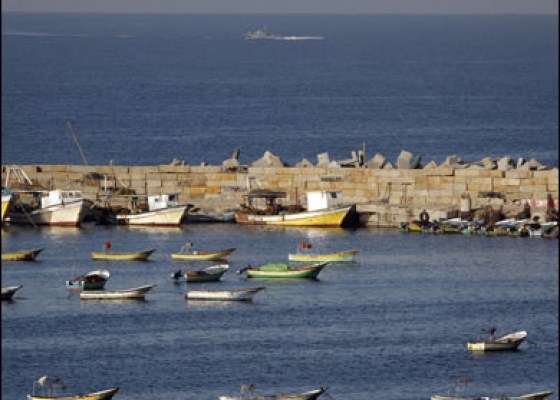 Thursday March 14, 2013, the Israeli Navy attacked several Palestinian fishermen and fishing boats in the As-Sudaniyya coastal area, in the northern part of the Gaza Strip, No injuries have been reported but the fishermen had to go back home after being denied the right to fish.Eyewitnesses reported that the Israeli Navy fired dozens of rounds of live ammunition at several fishing boats, and into the air in an attempt to force the fishermen back to the shore.

The fishermen were within the six-nautical mile area they are allowed to enter and fish, but the army attacked them.

The attack is similar to numerous attacks that led to dozens of casualties and significant damages.

Under the Oslo accords in the mid-nineties, the Palestinians are allowed to fish in 20 nautical miles off the Gaza shore, but in 2008, Israel unilaterally reduced the fishing area to three nautical miles.

As part of the ceasefire agreement that ended the Israeli war on Gaza in November 2012, Palestinian fishermen were allowed to fish within six nautical miles off the Gaza coast, but the army continued to attack them in their allotted areas.