A deceptive blue piece of paper 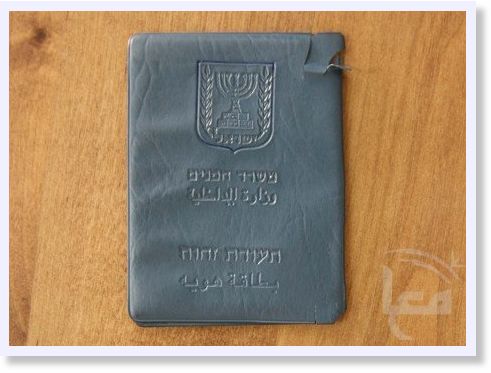 Jerusalem: a city considered a capital by two countries and a key issue in the Israeli-Palestinian conflict. There is an ongoing ethnical cleansing of the city’s eastern parts that’s striving to remove the Arab population. The tool of the cleansing is a piece of paper, more specifically an ID card. We are now going to take a closer look on how.Around 2002 the separation wall was being constructed, cutting off East Jerusalem from the rest of the West Bank. The Palestinian residents of East Jerusalem were therefore given the blue Israeli ID cards to be able to stay in the area. These cards however, do not make every Jerusalemite an Israeli citizen since the cards the Palestinians receive do not say “citizen” but only “resident”.

These cards might seem like an easy ticket to secure residency in the holy city, but it is far from easy to receive. As a Palestinian you are not allowed residency in East Jerusalem unless both your parents lived in the area. This might seem ironic in comparison to Israel’s birthright-policy stating that it is enough having one parent of Jewish decent to be entitled to live in the holy land. However, this is the case for the East Jerusalemites, something that has resulted in thousands of unregistered kids with one non-Jerusalemite parent that would otherwise be deported.

Along with this obstacle came another one in 1995 when the law called “Center of Life” was utilized by Israeli minister of interior. This law emerged from the ruling of Israeli High Court in a case from 1988, called the Awad-case. This was a case about the Jerusalemite Mubarak ‘Awad who went abroad to study in the US, when he later returned to Palestine and tried to renew his Palestinian ID he was dismissed, since the court considered his “Center of life” to be elsewhere than in Palestine. This case was later utilized and transformed into today’s Center of Life law.

Applied to the situation for the people living in East Jerusalem, this means that if a resident of East Jerusalem for example gets a job outside of Jerusalem, their centre of life is no longer considered Jerusalem and their IDs will be dismissed. Since the center of life law was passed, this has created thousand of displaced persons.

If any person manages to meet the strict criteria of the center of life policy, he/she will finally be given the blue piece of paper allowing residency in Jerusalem. The struggle will continue when the ID expires and needs to be renewed at the Ministry of Interior. The life of the Palestinian residents of Jerusalem goes on, depending entirely on a deceptive blue piece of paper.

This is how the demographics of Jerusalem keep changing. It’s not a spontaneous demographic change; rather, it has been planned and implemented from the highest levels.