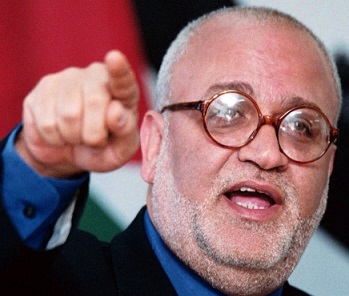 Dr. Saeb Erekat, member of the Executive Committee of the Palestinian Liberation Organization (PLO), stated that Israel believes that the outcome of peace talks is more illegal settlement construction, and not peace itself.His statements came after Israel decided to build a new settlement in Jabal Al-Mokabbir, in occupied East Jerusalem.

He said that Israel is acting on foiling the two-state solution, and is striking down any attempt to reach a comprehensive peace agreement.

“It seems that some parties in Israel still believe that the final outcome of negotiations with the Palestinians is not peace, but more settlements”, Erekat stated, “We are calling upon all countries, involved in the attempts to maintain peace talks, to act fast and stop all Israeli decisions regarding settlement construction in Jerusalem”.

He also said that Israel needs to understand that it is for its best interest to seek peace, justice and stability, and added that Tel Aviv must stop all of its settlement activities in occupied Palestine.

Furthermore, the Palestinian official stated that the, by continuing its illegal settlement activities, Tel Aviv is showing it is not really interested in peace, or serious about the two-state solution.

“We will contact different countries and organizations around the world”, Erekat said, “Those who act against peace efforts, and continue to build settlements, need to understand those illegal activities come with a heavy price”.