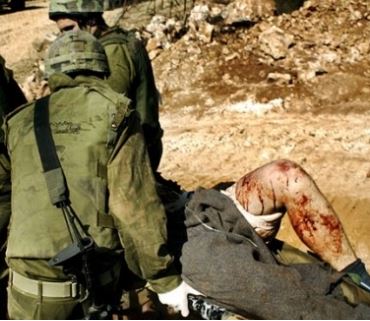 Israeli military sources have reported (Wednesday August 7, 2013] that four soldiers suffered mild to moderate injuries in an explosion that took place near the northern border with Lebanon. The wounded soldiers were moved to an Israeli hospital in Nahariya; three of them were moved to surgery while one was moved to the intensive care unit, Israeli Ynet News reported.

Ynet said that this is the first attack in the area since the second war on Lebanon that took place seven years ago.

Gunfire also took place in the Naqoura area in southern Lebanon, while sounds of two blasts have been heard.
The Ynet added that Israeli soldiers fired several illumination bombs near the border area.

According to the Al-Manar TV, run by the Hezbollah Party, the explosion that targeted the Israeli army took place on the Lebanese side, just six meters away from the border.

Meanwhile, a Lebanese security official stated that the explosion took place after the Israeli army advanced 150 meters into southern Lebanon.

The Israeli army did not provide further details on the incident while a military commander stated that the situation in the border area has been volatile due to the events taking place in Syria, and Hezbollah activities near the border area.