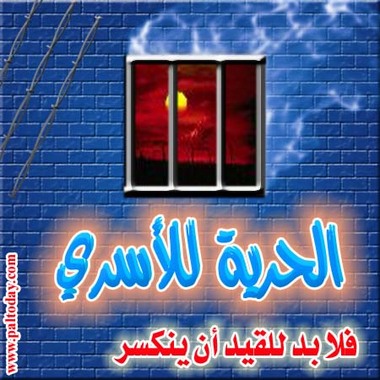 The Israeli Government has officially announced a timeframe for the release of 104 Palestinian detainees, imprisoned since before the first Oslo peace accord was signed in 1993, and said that the detainees will be released in four stages, starting next week, and ending in eight months of direct talks.The Israeli Radio has reported that the first group of detainees will be released next week, then four months later, the second group will be released “depending on the progress of direct negotiations between Israel and the Palestinian Authority (P.A.) in the West Bank.”

The Radio added that the third and fourth stages would be implemented after the direct talks have continued for six and eight months, and that the release is solely dependent on the “progress of talks with the Palestinians”.

U.S. Secretary of State, John Kerry, managed to get the talks started “without preconditions”, and without an Israel commitment to completely stop its illegal settlement activities.

Various Palestinian factions and groups, and the general public attitude in Palestine, rejected the move made by the P.A., and considered it a setback to the steadfastness of the Palestinian people.

Originally, Israel was supposed to release the 104 political prisoners, those who spent 20 or more years in Israeli prisons, as a goodwill gesture from Tel Aviv to boost the prospects of direct talks, but Israel then decided not to release the detainees all at once.

On its part, the Hamas movement said that the release of a few dozen of detainees under Israeli preconditions is an Israeli act meant to delude the public opinion, and the international community.

Hamas added that, despite the joy of freedom, and the happiness it brings to every detainee and the Palestinian people; the Palestinians will not be deluded, and will never abandon their legitimate rights of real freedom, liberation and independence.