Abbas: “Peace Talks To Start Soon, Jerusalem Is The capital Of Palestine” 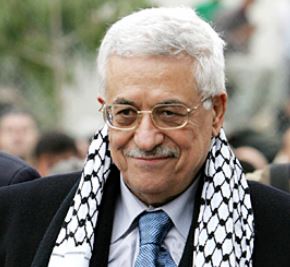 Palestinian President, Mahmoud Abbas, stated that direct political talks between Israel and the Palestinian Authority will start very soon, and added that the Palestinians will not abandon their legitimate rights, and their right to declare occupied Arab Jerusalem as the capital of their state.His statements came after her placed roses on the grave of late President, Yasser Arafat, as the Muslim nation started the Al-Fitir Holy Feast celebration, marking the end of the Holy Muslim month of Ramadan.

The President said that this feast carries special joy to the Palestinian people, and all detainees who have been imprisoned before the year 1994, as they will be released from Israeli prisons soon.

“God willing, the release will start very soon, and will be carried out on stages that are not far away from each other”, Abbas said, “We all exerted maximum efforts to secure their release, and now they will be freed, and we will continue to act on the release of all detainees”.

“I hope that next feast will be celebrated under an independent and sovereign Palestinian State, with the Holy City of Jerusalem as its capital”, he stated, “We did not forget the file of national reconciliation and unity, we want to end all sorts of internal divisions”.

The President added that the Palestinian Authority in the West Bank, and the Fateh movement, are ready to implement the Doha and Cairo national unity agreements.

“Let’s hold elections, we are ready for that, and I hope every party is ready too”, he said.

He added that internal divisions and conflicts are a disgrace, and stressed on the importance to finally achieve national unity, and comprehensive reconciliation.